The Ruins of Donald Trump

Dotard Donald Trump has given our country nothing but chaos and confusion. It's quite remarkable that after nearly a year in office, Trump's seeds of discord and disruption has not only sullied our democracy, it has flourished exponentially in all corners of the globe.

We're on the brink of war with North Korea. Our European allies have abandoned hope that a partnership with the United States still exists with a narcissistic President willfully mired in divison.

Russia has staked its flag in the heart of our democracy. Pedophilia and sexual harassment has become acceptable behavior in a political party that once touted family values; the so-called Middle East peace process has been undermined and perhaps torn to shreds because of some ill-advised campaign promise that is essentially rooted in the poisonous well of Evangelical Christianity and Right Wing Conservative politics. The ultra wealthy and the gate keepers of the wealth divide has been given a permanent Christmas present in the form of tax breaks that will ultimately, inevitably most assuredly hurt poor and middle-class families.

And worst of all, bigotry, prejudice and racism - which wholly deserve scorn and ridicule - has found its champion and he's the current occupant of 1600 Pennsylvania Avenue in Washington DC. The resurgence of White Supremacy has arrived. But...

Posted by Unknown at 5:00 AM No comments:

Bigotry, hatred and ugliness is obscuring the beauty of this world. The fabric and soul of America is being torn asunder while the rest of the world is steeped in utter chaos and confusion.

Yes, the economy is doing relatively well and our global markets are anchored and secure. But seething beneath the surface of this global mirage of cooperation and order is conflict, distrust, despair; greed, envy, intolerance and an insatiable appetite for war.

Humanity is in trouble and it has been for a really long time. When will peace and tranquility reign? When will the serenity of the soul and spirit dance and leap in the quiet peace of cherished affection and certainty? When will we just be nice to each other again - if ever there was such a time?

Posted by Unknown at 2:14 AM No comments: 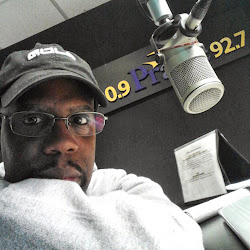 BREAKING THE TETHERS OF MENTAL APATHY